After the Endurance World Championship in Portugal, where the Slovak Yamaha Maco Racing team resigned for failure from the outstanding fifth place, they attended the race of Alpe Adria Championship with rider Marko Jerman in Rijeka.

Two races were waiting for riders in Rijeka, and already in qualifying Jerman showed that the leader of weekend will be just him.

Marko defeated second rider of qualication by nearly two seconds, and according to the same scenario took place the race. On Saturday won with a 13-second lead over Austrian Julian Mayer and on Sunday he was at the finish nearly 10 seconds before Czech rider Lukas Pesek. His „One Man Show“ confirmed with the fastest laps in both races, so the mission of  Yamaha Maco Racing team on Circuit in Rijeka has been wholly accomplished.

„Circuit in Rijeka is for Mark literally his domiciliary. Marko started on our training motorcycle – specification Endurance and already in training confirming his excellent form, which showed already during the Endurance World Championship race in Portimao. Marko dominated in the first race , we had no problems, but before the second race, we nevertheless change the setting for to improve the lap time. The weather has changed so much that it was not possible. So in the end Marko just check his position and sovereign won as in the first race. Thanks the whole team for their work over the weekend and partners and supporters for their support.“ 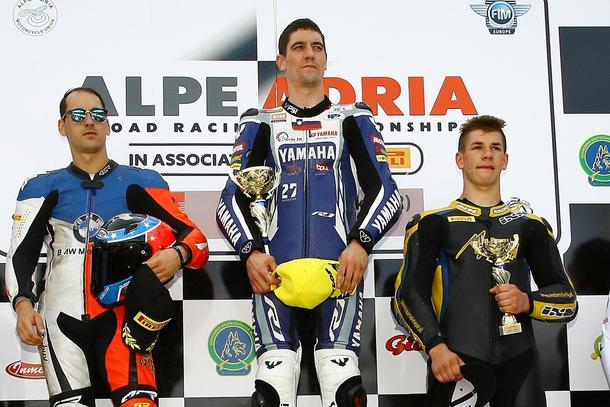