For the first time in history the world championship of long-distance race road motorcycles has taken place in Slovakia, which was hosted by Slovakia Ring. The Yamaha Maco Racing home team had a unique opportunity to see their fans. In addition, Martin Kuzmu also put in his race a second motorcycle that started in the superstock category. 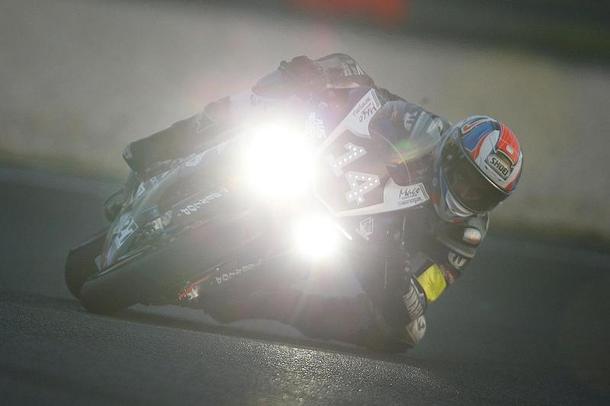 The primary team’s goal was to keep the great sixth place in current rating of world championship and to try to build on the achievements from previous events, the fourth place in Bol d’Or, the eighth place in Le Mans and the fantastic third place in Oschersleben. Either this time triad of racers has changed in team Yamaha, Marko Jerman, Anthony Dos Santos a Gregory Junod. On the motorcycle specified as superstock drove slovak racers Tomáš Svitok and Radoslav Dulík completed by Czech David Ouředníček. In qualification the first team have taken ninth place, second team was twenty-second from all and on the eighth place in their class.

Shortly after the start of the race, Marko Jerman made it to the great third place and in fight for podium place the Yamaha Maco Racing Team stayed even on the second place until the first half of the seventh hour. Just 90 minutes before the end of the race, Anthony Dos Santos fell down and the following repair of motorcycle has cost the team loss of six laps and fall to the tenth place. In the remaining hour of race, the racers moved to the ninth place, which meant, that before the last race of the championship the Slovak team Yamaha Maco Racing made it to the great fifth place of current rating!

Superstock team has lost a lot of time right in the beginning of the race after collision and the following repair, but also his racers has reached their goal, when they were able to finish the race on the 21st place overall and on the tenth place in the superstock specified motorcycles.

„We’re sorry, that we were not able to get to the winner’s place, because of the fall, but we’re happy also with the ninth place, since before the race, our goal was to place in the top 10. During the whole season, this was the only fall of our driver in race, unfortunately, it has cost us the great place right in front of home audience, but anyway we made it to the excellent fifth place in the current rating of this season. I’m pleased, that also the racers of the second team fulfilled their goal, to complete the first race in this championship and if the fall didn’t occur in the beginning, they could think of a very good result. This way we focused on finishing the race and we didn’t push it unneccessarily to the edge. I’m glad, that we could show off to our fans and show them, on what level the small team from Slovakia can drive in a world championship. Thanks go to the whole team, racers, partners and fans for big support, which we’ve experienced on the Slovakia Ring, I really appreciate it.“

The last event of this season will take place on the 30th of July as eight hour race in Japanese Suzuki, in which the Yamaha Maco Racing Team will not take part.