Their ambitions already indicated in qualifications, after which team belonged to the tenth position on the grid. Readiness of Slovak team was confirmed also during the race when they fought their way is the excellent fifth place as best private team. Unfortunately, a technical problem in the ninth hour knocked team out of the race. Since the race in Oschersleben in 2012 it was the first time when was the Yamaha Maco Racing forced to retire from the race due to technical problems. Despite the resignation, however, the team won the six bonus points for fifth place after eight hours of the race.

„Both qualifications were carried out according to a standard plan, our advantage was that we used in qualification tires for the race, so we know that during the race we will be able to attack the front position. I chose to start Marko Jerman, who had here literally his dream weekend. After the start we put maximum in to the race and we were able to fight with factory teams. It was pleasant to look at it, but endurance is not easy and finally a technic betrayed us and it knocked us out of the fighting on the front positions. However, we have shown that we can be a leader between private teams and we can torment even the factory teams. Despite the result I am happy and grateful to the whole team, riders, mechanics, our partners and fans and look forward to the next race that await us in August in the German Oschersleben.” 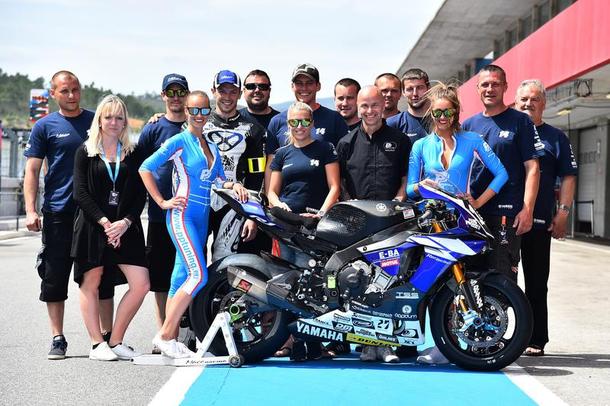