New season of Endurance World Championship Road Racing get started on 18 April at 24-hour race at Le Mans French and the participation of the Slovak team Maco Racing Yamaha, who started the thirteenth year of operation in this championship. 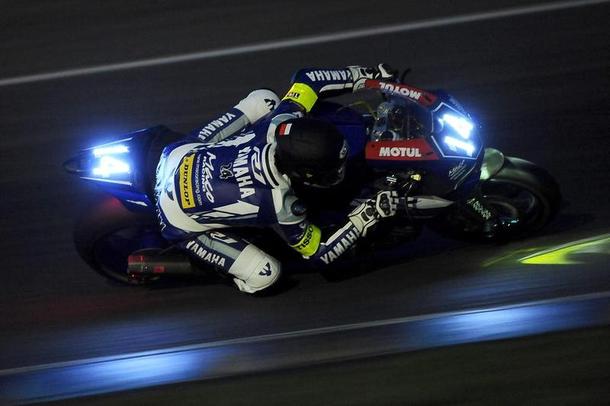 Yamaha Maco Racing Team was traveling to Le Mans with question marks, because at the disposal was a completely new model motorcycle Yamaha YZF R1, which has now exacting 24-hour did not take. Another reason was the new components, which included new model of motorcycle and race in Le Mans were the first sharp test techniques. That is explanatorily tactic to drive safe. Despite of the team ranked after qualification 16th place in the grid of the six dozen teams.

Finally the race confirmed that the factory Yamaha had prepared a great motorcycle and premiere in this technology for the most demanding events passed to the unit. Excellent performance brought riders and despite the technical problem of which were finished in 12th place, while in its category EWC teams achieved the seventh position.

After a busy two months, we were ready to start the new season and Le Mans we were going to be more successful than last year. Desire was placed between the 5th– 10th positions. Before the free training, we had strategy to go with great certitude, because we did not have a lot of knowledge about this amazing motorbike, also, we were limited by reserve acesories. Qualifying took place in perfect order. For the race was very important to avoid falls and the end of the 8 hour we managed everything according to plan. Consecutive technical problem prepared as to meet the target, but we did not give up and honestly we worked on with achieving of the aim and the best possible result. Finally, it was the 12th place overall and seventh in class EWC, I have mixed feelings. On the one hand, I am disappointed with the failure to meet targets, but on the other hand, I see, that on new motorcycle model and in regime of race as we have completed, we have achieved in this congruence a good result, which give us a great hope and motivation to other race. The whole team and riders brought 100% performance, for which I thank them. YAMAHA, thank you for a great motorbike R1, which has great potential for the future and thank all our partners and fans for their continued support and confidence.