Only three weeks ago the Endurance World Championship season 2015/2016 was finished in German Oschersleben and on September 17.-18. the new season 2016/2017 has already begun in the French Le Castellet. The 80th year of the famous 24-hours race in Bol d´Or meant a huge success for the Slovak team Yamaha Maco Racing. 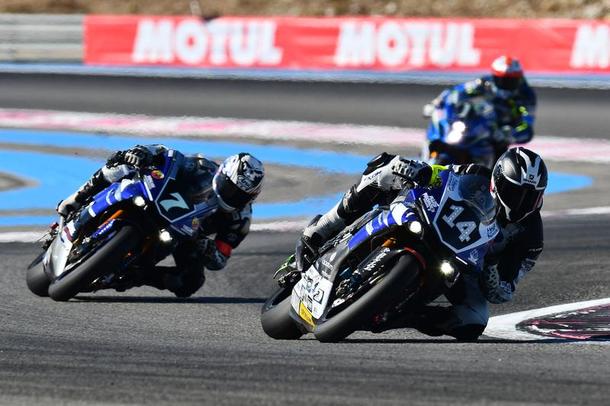 After mustering up the excellent 5th place three weeks ago in Germany the team has got a proper motivation to start the new EWC season. The team´s motocycle saddle, as usual, was occupied by a reliable trio of riders – Marko Jerman (SLO), Gregory Junod (SUI) a Anthony Dos Santos (FRA). Team´s strategy was the same as in the previous race – in trainings to fully concentrate on setting up the engine for the race. Out of 55 participating teams Maco Racing Team has got an excellent 11 position on the starting grid.

In the race the riders were steadily advancing and as the hours went by after nightfall the team steadied its 4th place position. Thanks to a fantastic performance of the riders and mechanics they managed to held it till the end. The team completed alltogether 675 laps, they were just one lap less as the 3rd team on the podium. The Yamaha Maco Racing Team – as in Germany so in Bol d´Or – was the best private team in the race and at the same time the most successfull team riding the motocycle Yamaha.
FIM EWC continues on March 18, 2017 in Portimau, Portugal.

Martin Kuzma, the team owner:
„We have used the training time to tune up the engine for the race and to optimalize petrol consumption. In qualification we were confident, just Marko could not perform his „good“ lap, nevertheless in the starting grid we ended up on 11th place. We have fulfilled our race plan up to 100 percent. The only hitch was a small technical problem in the 3rd hour of the race, when we have lost several laps, which were needed in the end. Our 4th place in Bol d´Or is an excellent result and we all are very happy. I want to thank the riders and the whole team for their perfect performance and to our partners and fans for their support. I hope they are happy with the result we have achieved.“