In the 23 August the German Oschersleben continued third act Word Championship Road Racing Endurance, which is already part of   twelfth season Slovak Yamaha Maco Racing Team. After missing campaign in Japan Suzuka, which the Slovaks were unable to attend for the financial demands, was their desire to make up for the missing points and the end of the championship to try to build on last years result when in the final championship engaged the seventh place. 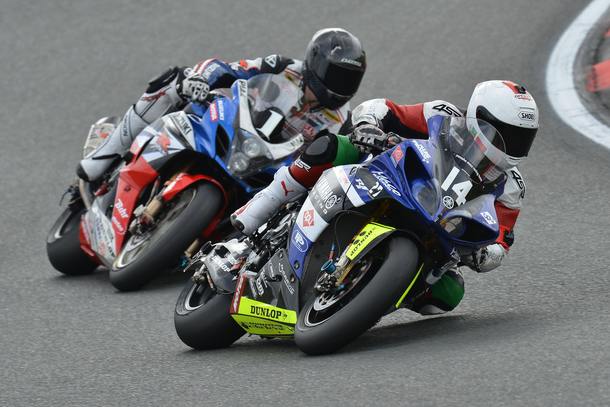 In the qualification belonged Slovaks competing teams of four nines 14th place, from which started up in Saturdays race. According verified not risking tactics in qualification and at the beginning of race event, our team has managed to gradually through their battle your opponents in mid eight–hour race had already belonged in excellent seventh position.

Unfortunately came the fall of Raymond Schouten, followed by Pawel Szkopek and the slump in the fourth dozens waiting for the Slovak team only fighter ride to carve points to ongoing evaluation world championship. This he finally succeeded, while overall finished in 25th place, but the championship EWC scored thirteenth place. In table is before the last event of the ongoing 15th place with loss of four points on the top ten. The last World Cup event will take place on the 20 and 21 September as a 24 hour race at Le Mans.

„It was difficult events for us, already in the second free trainning session we had heavy enough fall in motorcycle for race. In both qualifications we traditionally did not go to the edge, but in the other Szkopek escaped fall, so finally we had enough work, but in the race we we were a hundred percent ready, when we have not previously in Warm Upe all tested and changed some details in settings. Strategy for the race was clear, Szkopek started with that should not push forward. We planed it so that we will gradually upward revision at what we fared well again. When we were driving in seventh place, came the fall of Schouten and was the chance of a good outcome. Later started to rain and we tried to recast back ahead, but came next fall of Szkopek and that was the end for some better placement. At least we took 13. place and begin to prepare for Le Mans.