The final event of the World Endurance Championship 2016 took place on Saturday – 27th August  at the 8 hour race in Oschersleben (Germany). The Slovakian team (Yamaha Maco Racing) wanted to achieve the most points, which would mean significant progress in the final rankings table. 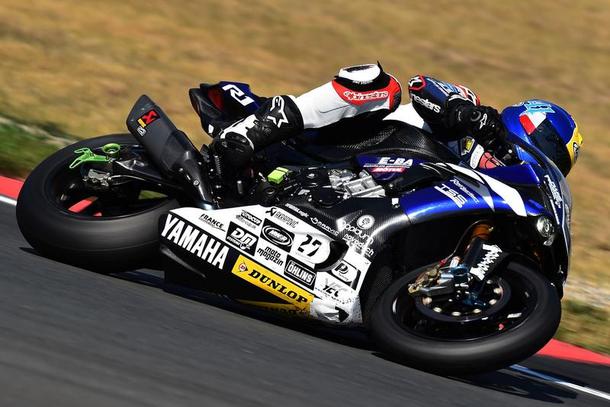 After the excellent 10th place at the 24-hour race in Le Mans , unfortunately the DNF in Portmao after running in 5th place for most of the race due to a technical issue, this casted a shadow & also not attending the Suzuka 8hrs unlike most of the permanent teams, this also took some points away.

After both qualifications sessions the team took 11th place on the grid. At the Green light on Saturday, Gregory Junod, started the race started. He gradually pushed ahead and was gaining momentum until the first pit stop when Marko Jerman took over, unfortunately due to oil on the track Marko Jerman, fell but was soon back on the bike and got straight back up to speed and the pace. Thankfully this meant the team lost a minimum amount of time.

After a fantastic performance and the concentration of the all the riders and the team during the 8hrs, The Yamaha Maco Racing finished in an excellent 5th position in the race and were the most successful private tier team!

This success also meant the overall rankings of Championship, now stood differently and the team finished in 12 th place in the EWC Championship.

„After the problem we had in Portugal, the whole team was motivated to prove,
that the race, when we were in 5th position until the DNF, was not random or luck and that we belong in the top 5 of the World Championship along with the Factory teams. This is the motivation and drive that we took to race in Oschersleben. Qualification was without any problems and we went into the race with a plan to not push with too much speed, as there were high temperatures. Everything went according to our plans until Marko’s exit, when he fell on an oil spill but this was small set back and we continued our plan. Finally at the end of the race we reached an excellent 5th place, which also improved in the final rankings. I am very grateful to the riders and the whole team for professional work and also would like thank our partners and fans.”