After difficult 24 hour race in Bol d’Or, which Slovak team Maco Racing finished after crash and with not repairable bike team moved together with rider Gregory Junod to Slovakia Ring, where has started new season of international championship UEM Alpe Adria Championship. 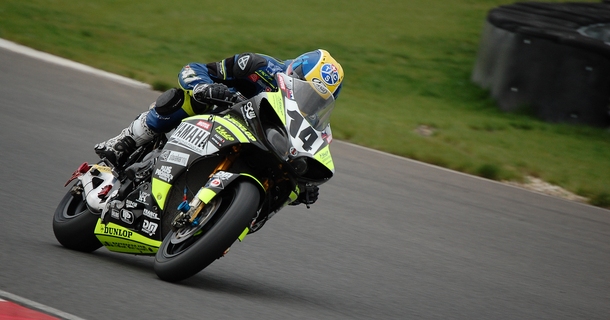 Team entered season with Junod with the highest goals. However team did not dispose with superbike, team had to use motorbike with endurance specifications, which is much heavier than their opponents motorbikes. Also the unpleasant experience after Bol d’Or race forced team not to risk another bike before next round of World Endurance Championship in Qatar.

Gregory rode in race for sure and finished fifth, first with bike manufactured by Yamaha. We proved that in the season we can think of highest ranks and that makes us optimistic and looking forward for next work. Miroslav Sloboda racing our team bike Yamaha for the first time had to first get used to it but he managed to end second between Slovak rides in Slovak Championship.

Young rider Jakub Jantulik, which so far had only experience with 2 stroke motorbikes from category 125ccm get used for our bike very easily which proved with lap by lap improving times. In between 30 riders finished at great 11th place.

UEM Alpe Adria Championship continues on 12. – 13. May at Masaryk Circuit in Brno.