Always changing weather made they goal be harder achievable but Greg kept doing better and better and made 5th starting position, which is second row.
In race, team had good start but later lost few positions. After few laps Greg managed to get back to fight for the podium. He tried to fight for the first position but had not enough time and finish third.
Podium is great result and Greg got his confidence back before second round of World Endurance Championship. Superbike category is great result for Yamaha also because of first position of Radomil Rous.
In the same category started again at Maco Racing bike, like in Brno and Slovakia Ring, Slovak rider Miroslav Sloboda and his priority was Slovak Championship and thanks to 4th position he remained 3rd in this Championship.
In Superstock 600 category started again with Maco Racing bike slovak rider Jakub Jantulík, who in first 2 round showed big progress in for him new category. Unfortunately the weekend did not went as good as he hoped and lost important positions in qualification he did gained them back in race and finished at 12th position. 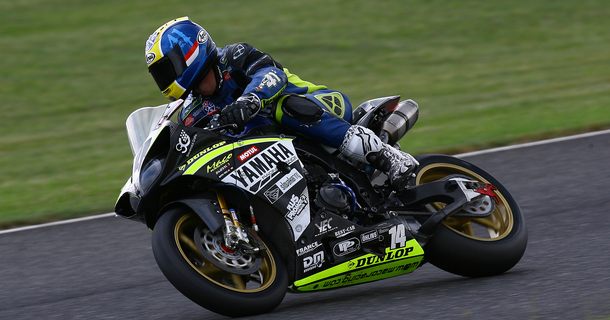