The third event of the world championship of endurance motorcycle races took place on the circuit of Slovakia Ring last weekend. After unsuccessful 24-hour races, Bol d’Or and Le Mans, where the Maco Racing team failed to finish in one case, Martin Kuzma  owner was to show off his home fans in the best light and eventually score points in this year’s series.

In addition to the sixth overall of the World Championship, MACO RACING  team and mechanics built  for a home race and ours spectators a second motorcycle with  special Slovak-Czech crew comprised by Tomáš Svitok, Radoslav Dulík and David Ouředníček, both of which were prepared for the EWC category.

A change in the  team was made on bike number 14. After the injury from Le Mans to Swiss Greg Junod, the Frenchman Louis Bulle and Anthony Dos Santos were supplemented by compatriots Alex Plancassagne.

In qualifying, the Maco Racing  team secured the 16th place on the starting grid, from which it was soon reworked in the first TOP TEN.

Unfortunately, a nearly half-hour in the box after the crash meant a downfall to the end of the rankings and the subsequent fledgling led the team up to 25th in the finish. Still worse was the second MACO RACING 2 team who did not see the finish of the race because of the engine failure.

The next world championship event will be held again as an eight-hour race on June 9 in Oschersleben, Germany.

“At the World Endurance Championship in Slovakia Ring, we built two temas, one permanent and one special for these  home place races and the other one that started with the number 6 with riders Dulik-Svitok-Ouřednícek.. After injuring Greg Junod in Le Mans on  our first motorcycle with number 14 was replaced  by the French rider  Alex Plancassagne, who had to get used to the new track. Qualification went smoothly, we concentrated on the race. Just as we did in previous races, we focused on fuel consumption at the expense of fast times, which was the basis for us, and after the first swap we reached the top 10. That was also our goal before races.

Later, however, we stopped the technical problem and after a long repair we did not have the chance for a good result and the race we just got to the end. Unfortunately, the second bike no.6  did not even catch up the finish line even  we quickly repaired the bike right away  we were crashed by some other rider, the engine failed, which meant the premature end of the race.

We are experiencing a very difficult, disastrous season, so we are a very grateful partner and fan who still hold our fingers and support us.” 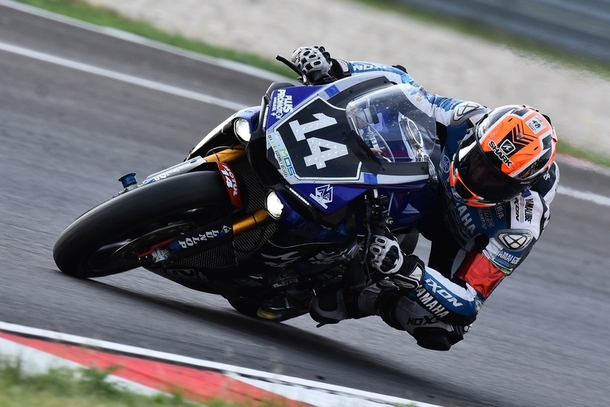