The Slovak motorcycle team Omega Maco Racing entered the new season of the Endurance World Championship with an excellent result. At the 24-hour event, Bol d´Or in LeCastellet, France, he won an excellent fourth place and equaled his greatest success from these races, as did the fourth place from 2016. 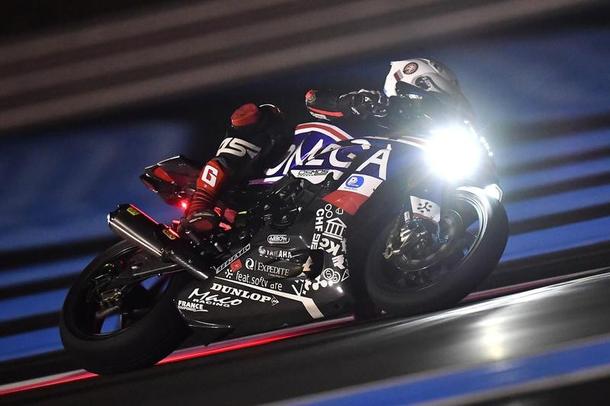 On the Yamaha the riders consisted of PawelSzkopek (Poland), BjornEstment (South Africa) and JimmyMaccio (France). However, Maccio was injured in the fall and before the 24-hour race the team agreed to cooperate with the Czech racer Karel Hanika, who qualified for the race as a substitute YART team.

PawelSzkopek from the 23rd position started the race on Saturday at 3 pm, which the team made in the qualifying from 56 competing teams. However, the race was accompanied by bad weather, which meant that after less than three hours the race had to be interrupted and continued only twelve hours later, at six o’clock in the morning. Omega Maco Racing was already in 15th place before the re-start and three riders continued in the advance of the second part of the race. Before noon the Slovak team was already fighting for a great fifth place, which eventually belonged to the finish. After disqualifying the team in fourth place, the Omega Maco Racing team finally moved to the final fourth position in the race classification, which also means it is in the overall ranking of the championship. Among the private teams is the second and second place also won within Dunlop Independent Trophy.

The second event of the 2019-2020 season will take place on 12 December in Sepang, Malaysia as an eight-hour race.

“The start of the new season was marked by the continuation of cooperation with our partner, Omega.  We race during this event  to get the most points at the beginning of the season. The conditions were extremely difficult, even the race was interrupted, but the whole team and the hard working racers were a great fourth. It is a great start to the new season and it is beautiful to see after many years of bad luck our team again on the rungs that belong to him in this championship. Moreover, it was again a Czech-Slovak team, as it was in our beginnings in this championship. I would like to thank the racers for their excellent track performance, the mechanics for perfect pit work and preparing for this event and, of course, all our partners and fans for their support. ”