Round 3 of the World Endurance Championship in Oschersleben proved to be another thriller with the Slovak Yamaha Maco Racing Team finishing in 8th overall. This was an identical result to the 24-hours race at Le Mans. The proven trio of riders who were the Italian – Gianluca Vizziello, Slovenian – Marko Jerman and French – Anthony Dos Santos, completed the full eight hours without missing a beat and also showing very competitive lap times. 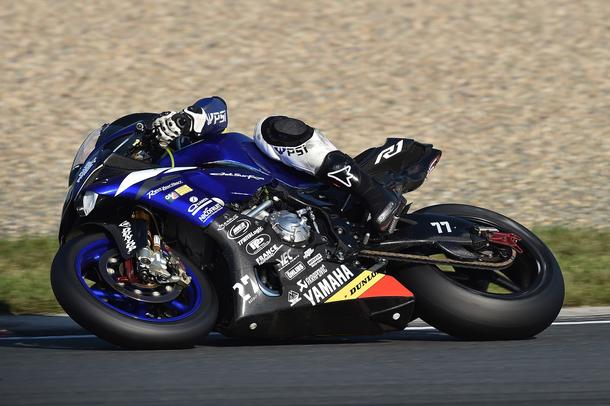 The target of the Slovakian team before the event was to come away with a top ten. This was achieved during the weekend. Starting grid position of 10th out of 36 competing teams.

After the running start Vizziello, lost a few places but the team and riders managed to pull the position back during the second half of the race. This showed great performance by the whole Maco Racing team, from Pit crew to all three of the riders.

The strategy from Team Boss Martin Kuzma, was to take minimal risks and to finish without any crashes.

Differences between top teams were minimal and even in the final hours which was was run at high speed.

The team to finally finish in eighth place after minor technical problem is an excellent result& overall and in class EWC the Slovak team finished in 6th. The Maco racing Team were the best amongst the privateer teams.

For racing in Germany, we chose the proven crew of riders. We were ready for a big fight in the race.

Qualifications went without any problems with a tenth place on the grid we were obviously satisfied. It was good that all three of our riders were very consistent in their lap times and to allow the bike to get excellent fuel consumption which gave hope for a great result. During the whole event we had good pit stops, riders and mechanics worked 100%, so we proceeded up in the rankings. However, we had two small technical problems which took us about three minutes time, which cost us a better place in the end with an eighth place. I hope that we will fix the problem going to the Bol d’Or and we´ll concentrate on super result. Many thanks to the whole team for their excellent work, as well dedicated partners, who still believe in the project of the Yamaha Maco Racing Team & EWC.

The final event of the World Endurance Championship (Bol d‘Or) will be held on September 19th at the French circuit Paul Ricard in Le Castellet where we expect great results.