On the last Sunday of July in Suzuka, Japan, the final event of the World Endurance Motorcycle Championship took place in the 2018-2019 season. The Slovak Omega Maco Racing Team was also on the spot, with a Yamaha motorcycle being replaced by Polish rider Pawel Szkopek and former British world champion James Ellison. 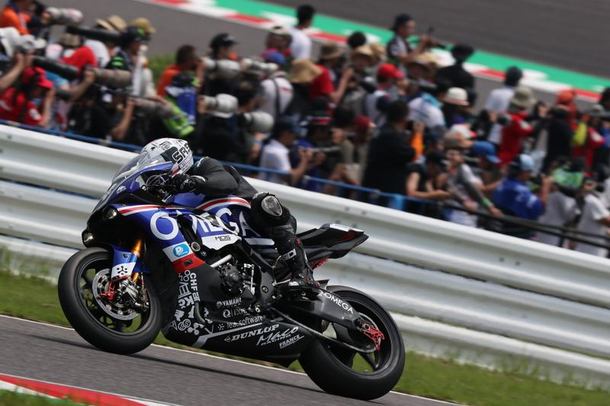 The event in Japan is extremely prestigious for motorcycle factories, which are deploying several motorcycles as well as leading riders from the World Superbike Championship and the competition is very high.
The Slovak team started in the Japanese Suzuka in the past. In 2007 he placed second in the Superproduction class, two years later he was in the overall ranking of the race on the excellent 11th place.
After qualifying, our team ranked 29th on the grid. Ellison started the race and fought ahead. Soon the team’s position stabilized around the 20th, which the pair of racers kept to the end. In the competition of more than 60 teams, this result was definitely pleasing after the unfortunate course of the season.

Martin Kuzma, Team Owner:
“The preparation for the race was at the last minute, as our participation in Suzuka was decided quite late. We started with a new sponsor in Japan under the name Omega Maco Racing.
In free practice our racers got to know the track, because we were not there with this bike yet. The conditions on the track were constantly changing, we found some setup before the first qualifying, but it wasn’t quite right, so we worked on the changes before the second qualifying and were about two seconds better.
After qualifying we were 29th at the start. There was another training plus another night, which was canceled for the rain and that was a big problem for us, because after the start of the race the grip changed and we had to change the whole strategy. Because we only went in a pair of riders, we had to do fewer laps per stint. But everything worked well, and in the end it was 20th in the finish overall and sixth among the permanent teams, which we are certainly satisfied with.
The whole team was working 100 percent this time too, it was very difficult for a couple of ours riders.
Overall, we ended the season 2018-2019 in 32nd place with a gain of 16.5 points and in independent teams we are in 17th place. It’s not ours pleasure but it’s just a sport …
Thanks to the Omega Group for starting in Suzuka and all our partners and fans for their support throughout the season.”