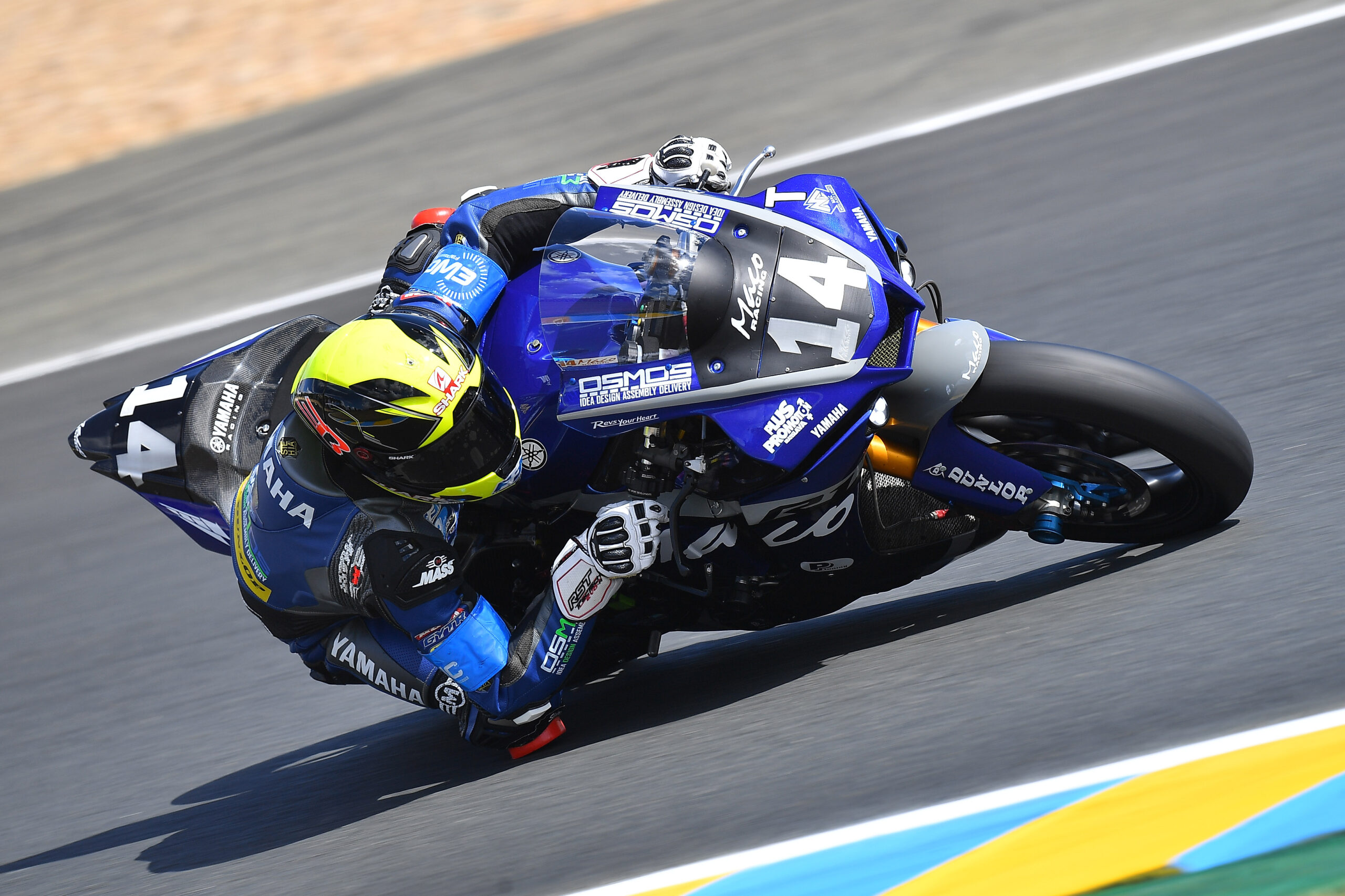 After a long break caused by the COVID-19 pandemic, another event of the World Endurance Motorcycle Championship took place over the weekend, a 24-hour race at Le Mans, which was originally scheduled to take place in April. Unfortunately, for the first time in history, these famous races took place without the participation of spectators.

The Slovak Maco Racing team took part in the race with three competitors Enzo Boulo (France), James Ellison and Stefan Hill (both Great Britain). While the first two behind the team started in the opening events of the series, Hill premiered. This 22-year-old racer with experience from the Supersport World Championship was a member of the winning team of the Endurance World Cup in the Superstock class last year.

After the qualifications, after which the Slovak team belonged to the 20th place on the starting grid, the 24-hour race itself started on Saturday noon. Enzo Boulom gradually reworked the ranking up to 6th place, but after two refueling came a fall on the wet track and a fall until the fourth tenth. Thanks to the chase, the Slovak team reworked into the top ten, but after another change in weather came another fall, which meant the final 11th place in the finish. Before the final event of the series, a 12-hour race in Estoril, Portugal, the Maco Racing team is in 9 th place in the overal championship standings.

Martin Kuzma, team owner:
“After such a long break caused by the pandemic, our whole team was really motivated for the Le Mans race. The racers did not have many trainings kilometers this year and we adapted the strategy to that. Our qualification was no miracle, 20th place, but we were fully prepared for the race. We put Enzo B. to the start and to do his doubble stint so after this 2 hours we were in front. However, as is usual in 24-hour races, conditions have changed and we fell to 34th place on the wet track after the fall. After a chase and another fall, when conditions on the track changed in a second, we finally finished in eleventh place. This is no win, but more could not have be done from ours side…. I have to thank the whole team and the mechanics, especially for the pit tracks, which were 100%. Of course to the riders and especially to Enzo for his ride. Also to our fans and partners, especially Yamaha Motor Europe for their support. THANK YOU!!!”