The second event of the World Endurance Motorcycle Championship FIM EWC took place over the last weekend in the French LeMans as a 24-hour race. The Slovak team, Maco Racing, was coming to this racetrack with a strong thought after unhappy situation at Bol D’Or, were did not finish the race. 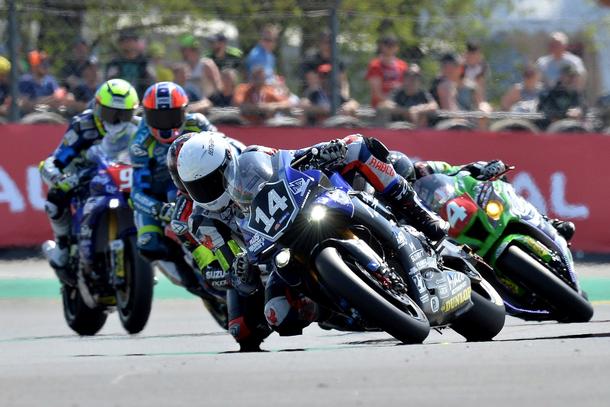 However, in the free practice, the Swiss rider Greg Junod was injured when he fell, and then he had a big surgery in a hospital in Le Mans. The two french riders of the team, Anthony Dos Santos and Louis Bulle, has a new team mate aslo from France Johan Nigon.

The Slovak team from the 17th place among sixty of teams started the 24-hour race. Soon the racers worked on the first tenth of the classification and the positions from sixth to tenth held up to night hours, but when the motorcycle began to show problems with electronics. After the repairs, the Slovak team lost a lot of time in PIT and in the morning the Martin Kuzma team owner decided to withdraw from the race.

Next event of the World Championship will take place on 12th May in Slovakia Ring.

Martin Kuzma, Team Owner:
“All of our participation in Le Mans was marked by the fall of Greg, all of which was shocked by his fall, and so we were all confident and concentrating on the race, and the strategy was to go and do the the race with a lowest gasoline consumption make more and more laps on the same fuel tank until it becomes empty.
Everything went according to plan, but endurance is a tough competition, something can happen every second, and in our case it was a problem with electronics in Le Mans.
When there was no chance for a good result and more points, I decided to end the race on our side.
My BIG thanks belongs to the complete team members
OURS new mechanics has done excellent work and especially for the perfect atmosphere I really felt this time in our team, like long time before….
I also want to thank the partners and all our fans who I like to personally invite to Slovakia Ring, where will be another world championship race on May 12 th.”