Slovak Motorcycle Racing weekend 20. and 21. 4. 2013 Maco team participate on ENDURANCE World Championship and has completed, the 24-hour race was in BOL D Or in France. 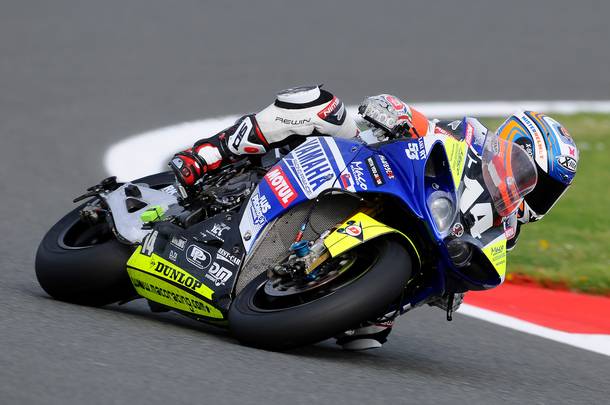 77.´ Edition of the famous event attracted 51 teams, while the Slovak team unveiled a trio of competitors composed of Denis Bouan, Conor Cummins and Massimo Roccoli. After 21. place in qualifying, the team worked its way to eighth place, well after the start of the dream of the top ten in the overall rankings after the fall of the Cummins in the ninth hour races. The final 15. place and 7th in the category, however, is an excellent result, for the EWC team ready to build good results in this 2013 series…

Martin Kuzma, the owner of the team:
“Season 2013 began for us difficult…. , we have some difficultys shortly before that event we got the information that Greg JUNOD will not participate with us in years like he did in 2011 and 2012 and it was a big disappointment for us. We therefore had to find a new rider and we have selected Conor Cuminns.
Before the event BOL d ´ Or we set up tree riders : Denis Bouan, Massimo Roccoli and Conor Cuminns. Another situation was difficult because previously Massimo and Conor didn’t drive any endurance race, and now was at front of us: 24-hour s race, so we changed the tactics and all the training sessions we have sacrificed for a good set up of motorcycle for the race.
We did qualify on the 21st. place with a plan in to the race be in top 10. Immediately after the start we managed to meet this goal, we have to push forward too much at all.
The mechanics did a great pit stops and we continued very well until the moment when Cuminns crashed on the oil that escaped after the fall from the motorcycle in front of him and he could not avoid.
Followed by repair of motorbikes, loss and went down to 29. position. Before us was a tough job to make up for the loss back. Conor was wounded in the left leg and right arm, so we continued in a pair, Denis and Massimo proceeded upwards and after medical treatment, we still try very hard.
After the conversion of our losses, we have begun to focus on the result in our category of EWC. After fourteen hours of hard work, we finally became 15. place overall, but is important for our entire team and the upcoming season championship result in EWC, where we finished in the seventh place.
On this result, we can continue to build on the success for the next races… The whole team worked very hard during the event and in its preparation and for this they deserve my big thanks. Without their great that result could not even contemplate.
Also thank you manager team of Ing. Denise Greško for the perfect preparation, but at the same time I do not know when we will be againwith her in paddock, even though I know that child care is much more important. Already on the third event in a row we realize how much we missed her with us..
As a team we like to said our big thank you to all our partners, companies Yamaha Motor France, Yamaha YEC, PP tuning, Motul, the graphic designer, Marvic, FRANCE Equipement , MAC Moto Plastic, Dunlop, Taleo Tecnoracing, Novadach, Plus Promotion Bratislava, as well as our fans, and my personal thanks to all the three above mentioned. “