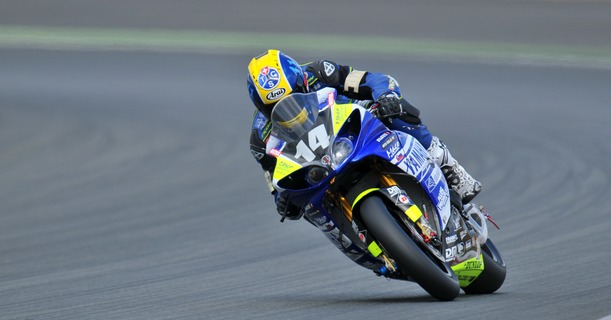 For the problem with timekeeping which caused that second qualification round was cancelled Maco Racing Team started the race from 11th position which riders Jason Pridmore, Gregory Junod and Gregg Black fought in first qualification round. Race was started during the very hot air temperature and starting rider, Gregory Junod, after first few laps unfortunately went into the oil leak at the track and was forced to went into the gravels and lay the bike to the ground rather than hitting tyre barriers.

After short repairs team continued and kept racing around 14th position. One by one team got to 9th position and kept it until the race finished.  In EWC category finished 5th and gained very important points in this category. The race was affected with transponders problems which Maco Racing Team and other 3 teams were forced to change during the race and did not contribute in relaxed continuance.

Martin Kuzma, team owner:
I am happy we gathered some points, but I am not really excited also. Not because final position, riders and mechanics worked great, which as proof is we had no technical problems, pit stops had good times and we managed to set up the engine very well, that even during very difficult weather conditions had stable temperature what is with motorbike engines very difficult. What upsets me mostly is what was going on around.  After cancelling second qualification round the organizers were unable to avoid same problems and transponders were not working also during the race, there was chaos at timekeeping and that makes me bit sad and shadowed my happiness after what we achieved. Team stayed concentrated even after small involuntary crash when we had to do some small repairs and lost few laps.  Our tactics went great when we decided to rather use engine that can handle such weather conditions. We are back in fight for season final results and proofed that we belong to around fifth position and other teams are for us unreachable because of their material advantage. My Biggest thanks belongs to Yamaha YEC and Yamaha Racing France. Unfortunately we are unable to attend at 8 hours of Suzuka, as many other teams, but we already started to prepare for 8 hours of Oschersleben.