An excellent result achieved the Slovak team of Maco Racing in one of the most difficult and prestigious road motocycles event, 24 hours race in French Le Mans. In competition with six tens teams achieved the overall seventh place, while in its category he finished the fifth. In final evaluation Endurance world championship it ranked excellent seventh place. The team left for Le Mans with a desire to achieve the best result and gain important points to the table where it was on running eighth place. Riders were Italians Massimo Roccoli and Alex Baldolini and Spaniard José Manuel Luis Ritta. After the qualification it ranked the twetysecond place on the starting grid, but from the start of the 24-hour race with a concentrated ride it moved upwards the scorecard. With a flawless ride he made it into the top ten by evening. Fantastic overall seventh place and the fifth in its class is together with a third place from Qatar in 2008 the greatest success of the team, when the current result was achieved in extraordinary challenging competition of motorcycle factories of the supported teams. 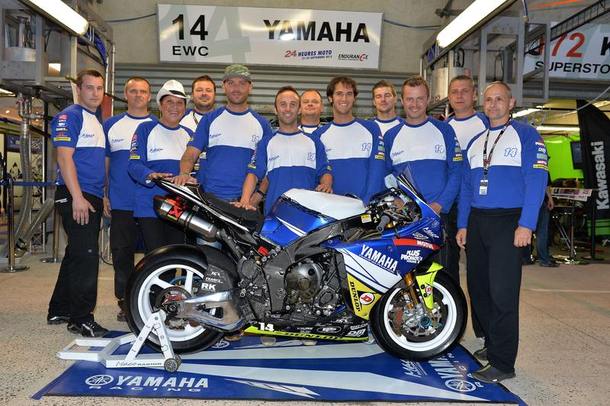 Martin Kuzma, owner of the team:
This race took place as a textbook endurance race. Riders fulfilled instructions for word, the strategy was not to fall, ride with care and do not force at the time. Throughout the 24 hours we had a whole team working on this result and at two o’clo ck at night we push back a little bit, because we saw great chance of a good result and at seven o clock in the morning it was decided. Each one Pit Stop was based on one hundred percent, tires, oil, quite without a problem, but after our experience from p revious events, it was quite unbelievable. Each of us hat this thought that something might possibly happen, but eventually it came out perfectly, we ended up in seventh place overall with a margin of four rounds of the opponents. In the evaluation of the championship we were placed in the fifth place and this earned us the World Cup final assessment of the seventh. It’s our best result in our previous scope of the Endurance World Championship after two nine and one tenth place. After the difficult seasons full of problems and bad luck it is a huge increase for us and proof that our team is doing it correctly and promotes our country in the highest motorcycle level. This championship is also a matter of championship teams and the team of Maco Racing here rep resents Slovakia. My big thanks to the whole team for the hard work in all the years, for being behind me and often suffering my complicated nature, but now comes the time, which showed, that we need to trust your goals and intentions, and follow them. I want to emphasize the work of Denis Duris, our chief mechanic, the great scholar and of course I cannot remember Ivan Kralič who is also in charge of the construction of our motorcycles. Great thank you also belongs to team manager Ing. Denisa Greskova for the years of hard work for the team and of course our partners, current or former, who also contributed to this result, because without them we could not get here. Also I want to thank not only current, but also to all former riders and team members who also share this success, because they were part of the team when it was formed in to present form.